Lemon Laws To Keep In Mind 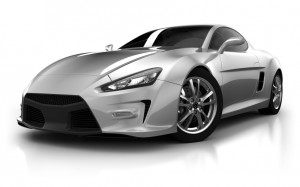 If you are attempting to sell a junk car to another consumer, there are several laws involved that you need to know about. If these laws are not followed closely, they can come back to haunt you. These laws are known as lemon laws, and the country has set them down to protect consumers from unfair treatment. Before finalizing any deal, be sure you know and follow the laws to the best of your ability.

The first step you need to take is to look up your state’s unique lemon laws. This is not your state of residence, but the state in which you wish to sell the car. Many state lemon laws do not cover used cars or cars sold “as is.” However, some states have strict policies that you must follow. Most states do allow salvaged car title cars to be sold under a different set of laws, so do your research beforehand.

Rolling back the odometer is a part of most lemon law procedures and is one of the most well-known methods of deceiving hopeful car buyers. Do not tamper with the mileage at all. It is never okay to adjust the mileage on a car. If, for some reason, the odometer has stopped working through no fault of your own, you must notify the buyer and it must be highlighted on the title.

Most states separate private owners who sell their own vehicles from dealers in the lemon law documents. You must know what defines a dealer in your state, as each state has different laws to follow. Some of these are related to how many cars are sold within a twelve month period. If you sell enough cars to be considered a dealer, enacted laws can be harsher than they would be for someone who is considered a private seller.

There are occasions when lemon laws can be avoided entirely when the car is kept within a certain price range. Many states only issue refunds under lemon laws if the car is sold for more than seven hundred dollars. In a few cases similar limits are used for mileage and the age of the vehicle.

If you are looking to sell a used car and do not know which procedures you will be required to follow, be sure to research all available information before acting. Not following laws in your state can lead to costly court cases and numerous future problems for you.