The Benefits Of Buying A Used Car 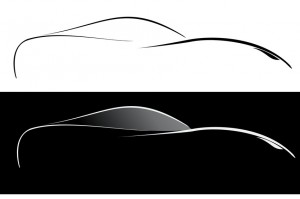 While shiny new cars are all the rage, there are many instances where buying a used car is actually much better than buying a new one. If you are driving around a junk car or need a junk car removed from your property by a cash for my car Portland service, you can replace it with a used car and be much better off overall. Used cars have a lot of different advantages over brand new cars.

Used cars are always less expensive than new cars, as their value has been lowered by time and previous owners, even if it is still in fantastic condition. With a used car, you can also end up paying less for insurance and repairs, making it a valuable addition, and saving you a lot of money in the process. New cars can lose up to forty percent of their value in a few years, while used cars retain their value much better, letting you resell them for about the same amount as you paid, considering the car is in good condition.

New cars, especially these days with advances in technology, can be customized in all sorts of different. While this could make things convenient, there are many additions that don’t actually do anything for you. Don’t spend a bunch of money on dozens of extras that you do not need and probably don’t even want. With a used car, you are getting exactly what you see, without any frills or extras, and no one will try to convince you to add on a bunch of different things.

In many cases, used cars can be more reliable than new models, as they have been tested for a few years, while no one has tested the new cars yet. In some cases, new cars experience faults and hiccups that can turn into a lot of money in repairs and corrections. Used cars have already been through the experience and have come through, meaning you won’t run into the little nicks and nuisances, as they have already been addressed.

New cars are far more likely to be broken into, as they are prime targets for thieves and burglars. A used car looks far less tempting to potential thieves. Also, with a new car, your stress level can reach its maximum as you obsess over trying to keep it looking new and spot-free. With a used car you can be a little more comfortable and you won’t be as stressed all the time.