Now Is the Time to Get Cash for Cars in Vancouver, WA 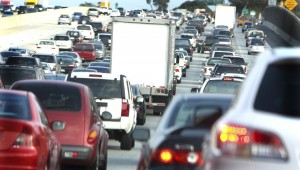 Washington State’s Commute Trip Reduction program (CRT) has been in the news lately. Now more than ever efforts are being made to change driving behaviors, asking people to leave their cars at home. If you have been commuting in the Vancouver, WA area on a wing and a prayer, hoping this won’t be the inevitable day your junk car calls its last, now is the best time to get cash for cars in Vancouver, WA!

Washington State is making concerted efforts to get large employers to reduce the number of commuters who drive alone to and from work. Any company with 100 workers or more is required to create a commute shift plan with the goal of reducing single-occupant driving. This is being done in areas where the state’s population is highest, places like Seattle and the Puget Sound area as well as Spokane, Vancouver, Yakima, and few cities in the north.

What do these efforts look like? They can take the form or anti-incentives such as parking fees, or incentives like raffles for carpool participants, telecommuting options, transit passes, and flexible schedules. Some companies go so far as to offer mortgage discounts on homes closer to work as well as cash options for not driving.

Areas that have the CRT program have shown a decrease in 3 percent between 2007 and 2012. The average miles driven per car has fallen 4.6 percent. While those numbers may sound low, consider that in non-CRT areas the numbers have only been growing—matching those of the rest of the country.

Along with the benefit of lowering pollution, the outcome of these lower numbers amounts to less dollars spent on road maintenance  and the costs associated with dense traffic. All this comes at a low cost to the public for the program.

Cash for Cars in Vancouver, WA

If live in the Vancouver, WA area, it has never been easier to get around without a car. If you are still commuting in your junk car and hoping for the best, consider asking your employer about CRT options. You may be surprised what can be done to make your trip easier as well as lighter on the environment. Then, you can finally sell your car for cash and have it removed for free. Contact us for hassle-free car removal and cash for your junk car.