The Longest-Lasting Vehicles: What To Buy Next

Time For a New Car? Check Out These Long-Lasting Vehicles

It’s time. Your car has finally sputtered its last breath out of the exhaust. After calling Cash for Cars Northwest for free junk car removal here in Camas, you’ll need to start thinking about a new vehicle. We’ve put together a list of the longest-lasting vehicles on the road today. If you’re the type of car owner who drives their vehicle as much as possible, consider purchasing one of these durable cars.

Some of the entrants on this list may surprise you!

The Toyota Tacoma is one of the only trucks on this list, but with 2.6 percent of its models making it to 200,000 miles or beyond, it’s a reliable vehicle. Toyota introduced the compact pickup in 1995, but the models from 2005 to 2015 are considered midsized pickup trucks.

Fun Fact: In 2015, Toyota built a one-off concept Tacoma as a nod to the film franchise Back To The Future. In the film, Marty McFly drives a customized Toyota. Just like the original truck in the film, the concept Tacoma had a black paint job and KC HiLite driving lamps.

Fun Fact: The popular television series Breaking Bad features a green 1997 GMC Yukon in its final season. The vehicle belonged to the character Steven Gomez and was a prominent part of a meticulous shootout scene in the show.

The longest-lasting pickup is the Honda Ridgeline. The American Honda Motor Company introduced the vehicle in 2005 and some people consider it to be a “lifestyle” truck. With 3.0 percent of Ridgelines on the road after 200,000 miles, the truck is a reliable choice.

Fun Fact: The Honda Ridgeline was the first pick-up truck to have an in-bed trunk and a truck bed audio system.

Fun Fact: The Toyota Highlander Hybrid is known as the Toyota Kluger in Japan and Australia due to trademark issues.

The Chevrolet Tahoe boasts nearly 3.8 percent of its models making it to 200,000 miles or more on the road. The hybrid version of the Chevy Tahoe debuted in late 2007. However, GMC stopped the hybrid models of both the Tahoe and Yukon models to focus on making their SUVs more fuel-efficient with the EcoTec engine.

Toyota introduced the 4Runner in 1981, then known as the Toyota Trekker. The current models are part of Toyota’s fifth generation of 4Runners. 3.9 percent of 4Runners are still on the road after 200,000 miles.

To car enthusiasts, it’s no surprise that GMC has another SUV-entry on this list. The GMC Yukon XL has nearly 4.0 percent of its models still on the road after 200,000 miles.

Fun Fact: You can spot GMC Yukon XL vehicles in the background of multiple television shows and movies, including CSI: Crime Scene Investigation, >em>24, and A Good Day To Die Hard.

The Chevy’s Suburban is the second most durable American vehicle on this list. 5 percent of its models make it longer than 200,000 miles on the road. The current model of Chevrolet Suburban has been on the market since 2014, though Chevy introduced the SUV in 1937.

Fun Fact: The Chevrolet Suburban is the longest continuous use automobile namplate in production. 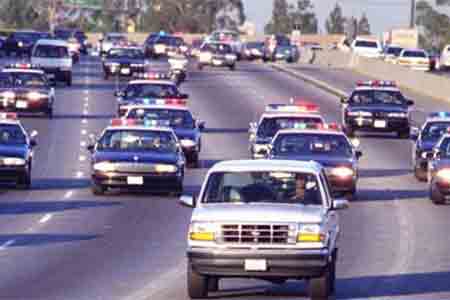 The infamous O.J. Simpson police pursuit occurred on June 17, 1994. Two years later, Ford introduced the Expedition as a replacement for the Bronco.

The Ford Expedition is actually tied with the Chevy Suburban, with 5.0 percent of its models making it longer than 200,0000 miles. Ford introduced the Expedition in 1997, but it recently overwent an overhaul for the 2018 model year. The vehicle has a new look and a new V6 engine.

Fun Fact: The Ford Expedition was a replacement for the Ford Bronco, which was discontinued just two years after O.J. Simpson’s infamous police chase in California.

The Toyota Sequoia is the longest-lasting vehicle on the road with 7.4 percent of its models hitting 200,000 miles on the odometer. Toyota introduced the full-size SUV in 2000.

Fun Fact: Jeff Greene, a character in the HBO series Curb Your Enthusiasm drives a green 2001 Toyota Sequoia in seasons two and three.

Cash for Cars in Camas

If you’re on the lookout for a new reliable vehicle, take something off of your plate. Call Cash for Cars Northwest for free junk car removal and get one step closer to that new dream car!