Is My Car With Electrical Problems Worth Anything?

Can I Sell My Clunker for Cash? 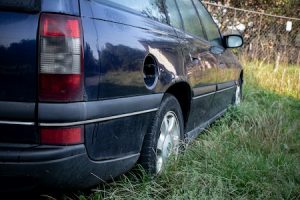 Fortunately, some auto electrical issues aren’t necessarily the death of your junk car. Small issues such as a blown fuse may be inconvenient, but they’re not expensive to fix. While a blown fuse may cause your turn signal to go out, you can replace them easily for about fifty cents each.

Large electrical issues may arise, especially in cars made after the 1980s. Most modern vehicles contain computers. Generally, the newer the car, the more expensive it’ll be to fix a major electrical issue. A bad starter may cost up to $1,000 to fix. However, if the engine control module is bad or your car needs rewiring, you’ll likely be paying at least a couple of thousand dollars to fix it. In some cases, depending on your car’s condition and value, it may not be worth it to fix it. Instead, you can call Cash for Cars Northwest to come pick up your junk car for cash.

When Fixing Your Car Isn’t Worth It

In some cases, it may not be worth it to fix your vehicle if it has a pricy electrical issue. If the cost of repairs is going to meet or exceed half of your car’s value, you might want to consider calling Cash for Cars Northwest to come pick up your car for cash. It’s never an easy decision, especially if you need your car to get to work. However, instead of paying so much of your car’s value in repairs, you may be better off finding a different car and selling your old one for cash.

Sell Your Car With Electrical Problems

If you’ve decided to sell your vehicle, you may think that it’ll be hard to get rid of due to its electrical issues. However, there are plenty of buyers who are interested in damaged vehicles, such as Cash for Cars Northwest in Portland. If you attempt to trade your vehicle in at a dealership, they won’t give you the money you deserve for the vehicle. Dealerships look to profit off of each vehicle, so they’ll pay less than what they think they can sell the car for. Instead, sell your car to Cash for Cars Northwest and take the cash to use as a down payment on a new vehicle at the dealership.

Don’t waste your time at a used car dealer or going through the classifieds. Sell your unwanted used, pre-owned car to Cash for Cars Northwest for instant cash. We provide free towing, friendly service, and you can get same day cash for your car.

can i sell my car with electrical issues, free junk car removal portland